Go over and check out Jens page. =)

Is it too early to be thinking about Valentines Day??

So Valentines Day is mere 28 days

away, and yes I know... I know... it's a Hallmark Holiday, but I wanted to switch things up this year. I've decided to take the stress off of Chris and surprise him with making dinner reservations for us. NOT that he hasn't done a fabulous job of planning in the past, but I know I can be kind of bitchy whiny if it isn't perfect.
I never ask for anything on this day.. but he always seems to come through and gets me a present. This year I will be getting him this lovely little print by a local artist by the name of Rick Romano
(above picture, for some reason my blogger wants to act crazy and not post anything in the proper order.)

We ate dinner out the other night and the restaurant we were at, had one of his prints on the wall and Chris commented that he liked it. The one shown above is not the one that was at the restaurant, but I really liked this one.

Anyone else already preparing for Valentines Day?

So I am on the hunt for a wedding video I saw on someone's blog. It was a Vegas wedding.. and they were shooting the video to surprise people at their dual birthday party I think?!? Anyone seen it or know what blog it was on???

of the blessed play off's!!
And I couldn't say it better myself Jason Whitlock.....
"The fake (punt) was ignorant. There was no reason to force anything at that point. The Pats were getting the second-half kickoff. New England panicked. The alleged “smartest” team in football played a dumb football game."
Maybe it was karma from the A$$ WHOOPIN' we gave them week 14 with the ending score being 45 - 3.... or hell... maybe it was Welkers.. bad juju's for trash talking Rex Ryan and his wifes kinky foot fetish or maybe it's because Brady was playing like a pansy.
So in that case I am rooting for the GOLD and GREEN PACKERS! NO BLACK and YELLOW or GREEN and WHITE love here!!
Posted by carrie1 at 5:27 AM 4 comments:

Has anyone else seen this commercial??? I was sitting out in the living room with the boys last night and this came on. We all thought it was one of those stupid spoof commercials.... but it's not. my cravings for ROOTBEER FLOATS!!! The past two weeks this is all I have been craving. Chris just looks at me in disgust.... (not really) and I know they aren't doing anything with helping me in the LOSE WEIGHT CATEGORY, and I know it isn't good to have one every other night..... well okay.. every night, but they are soooo.... tasty!

I hope everyone is have a great Hump Day!!

~ Sometimes I feel bad for getting in my blogging time at work... but then I remember, everyone else does crap on the computer that isn't "work" related.

~ Dear O.M....... I don't care that your grown daughter just barely made her flight from Detroit... I don't need a play by play on when the plane is boarding.... taking off.... when her transferring flight is taxing in... and what gate she is at..... how much time she has to get from this gate to that gate. She's a big girl... and I am pretty sure that she has her big girl panties on and can deal with it..... jus' sayin.

~ Also O.M.... I don't care how much snow got dumped on everyone else... I am still in my cranky pants because I was hoping to get a snow day so I didn't have to be here today.

~ Mother Nature.... you SUCK... how is it that every state around around us got a shit ton of snow... and you just kinda like bypassed good ole' Virginia especially Virginia Beach with the white stuff.... literally everyone else around us got it... Hot'lanta...... South Cackalacky...... North Cackalacky.... Maryland...... Seriously.... WHAT GIVES!

~ I wish I could toss Chris' roommate in the "weeds" (if ya know what I mean)... He is the most inconsiderate person on the planet... (I'm not kidding he seriously is). This is our convo. yesterday afternoon...

*NOTE CHRIS AND I WERE OUT OF TOWN THIS WEEKEND*

Douche Bag: So the dogs took a little field trip this weekend...

Me: What do you mean?

Douche Bag: Well, the other night I went out.... and came back home and let the dogs out and kind of forgot about them outside, and they got out of the fence.

Douche Bag: Well, they got picked up by the pound... and I didn't know they were gone until I found the note on the door the next day that they had been picked up. I was so worried..... because I didn't know if I would be able to get Layla out (my dog) because she didn't have her collar on!

Me: Well no kidding.... that's because we only put it on her when we go somewhere because she is never outside without anyone.

I would NEVER....ever ever.... leave his dog out in the freezing cold and just "forget" he was out there. How can a 29 year old be that irresponsible and just forget. 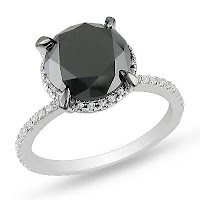 Hey everyone... I hope you all had a wonderful Holiday and a kick ass ringing in of the NeW YeAr!

Even though I didn't get my black diamond..... ( I wasn't really counting on it.. just wishful thinking. I didn't want the question to be popped on a holiday anyways.. I want it to be on it's own day. =) )

I had the best present I could ask for anyways.. and that was having Chris home for the holidays!!

I didn't take any pictures on Christmas day..... and I have none to share from our short vacation in New York during the blizzard... =(

However I do have some to share from NYE 2011 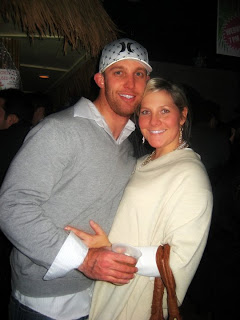 Do you all know how great it is to actually take pictures and smile without having braces on??? Well in case you don't know it's FAN-FREAKIN-TASTIC! 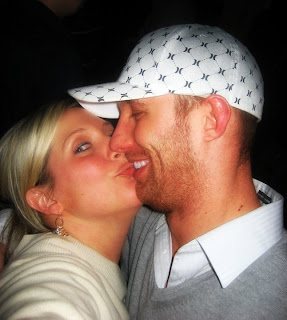 He was suppose to be looking at the camera with me... 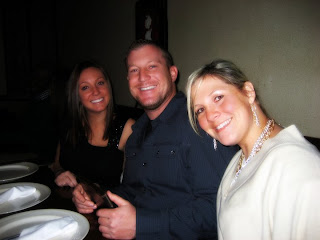 Nothing better then ringing in the New Year with a group of GREAT people! 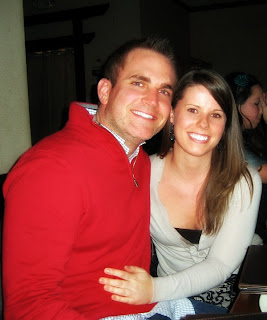 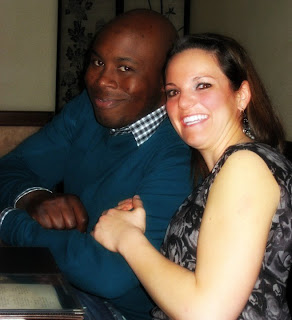 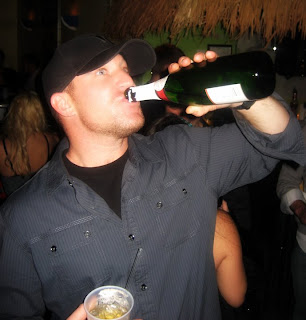 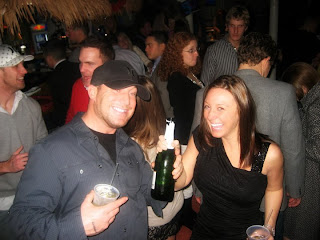 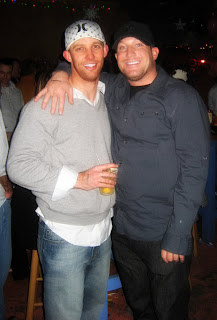 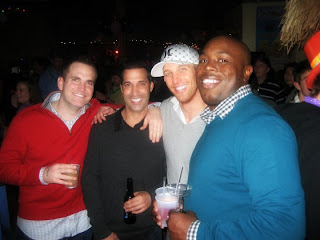 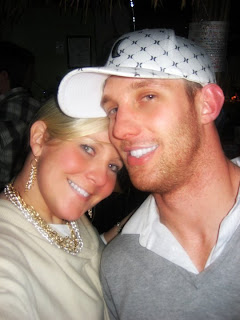 Time to do some blog catch up.... have a great Tuesday!